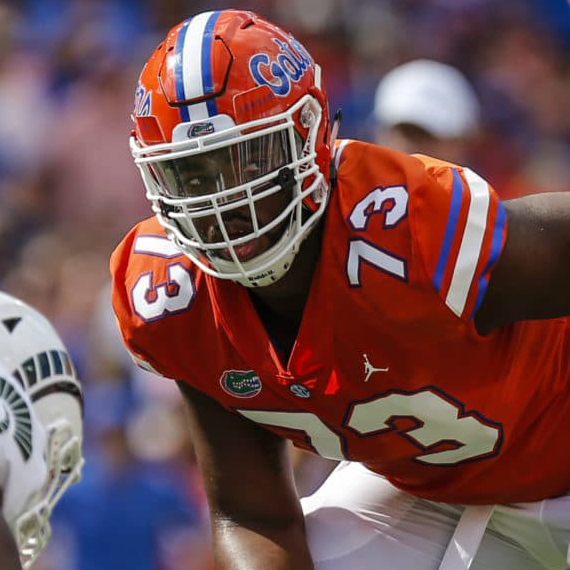 PRIOR TO FLORIDA:
Played in the 2015 U.S. Army All-American Bowl in San Antonio, Texas… Named a Parade All-American…Selected to the MaxPreps All-America First Team… Participated in Nike’s The Opening event in 2014 in Oregon… Named a 2013 and 2014 Class 8A All-State First Team selection… MaxPreps Junior All-American in 2013… Helped lead Apopka to the Class 8A state title as a senior in 2014 and also as a sophomore in 2012… Played for Coach Rick Darlington.