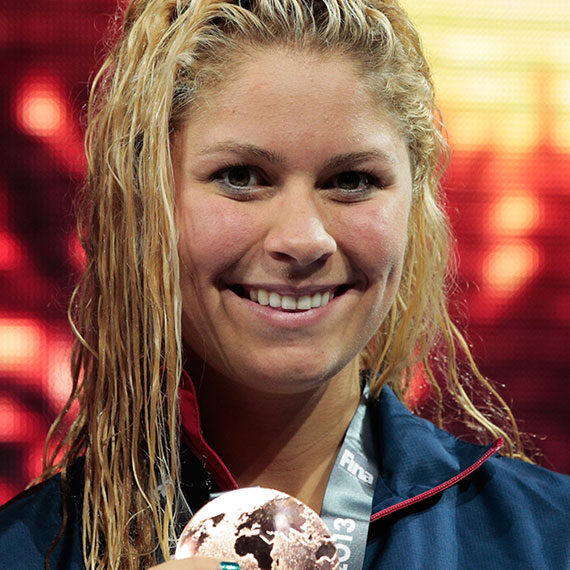 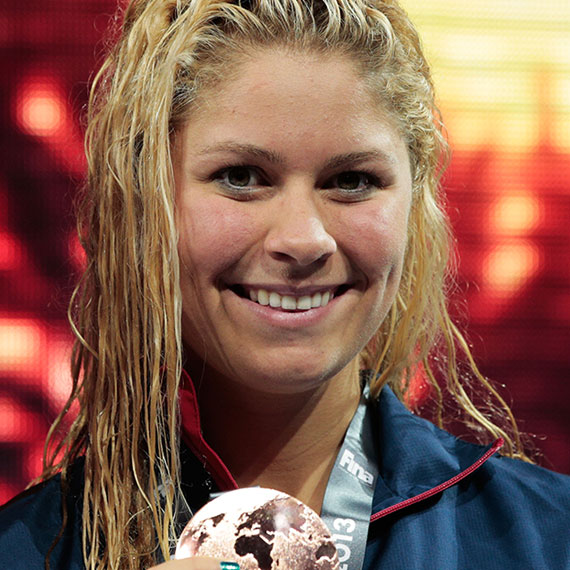 The 400m individual medley is an event that makes most swimmers cringe. It is also Elizabeth Beisel’s specialty. An Olympian at just 15 and now an Olympic medalist and world champion, it only makes sense that she would take on the tough stuff. Beisel began swimming at age 5, following her mother, who swam at the University of Rhode Island. Beisel grew up in Rhode Island and graduated from North Kingstown High School in 2010. She trained with Bluefish Swim Club under coach Chuck Batchelor.

With impressive international experience under her belt, Beisel began her collegiate career as a top incoming recruit at the University of Florida under coach Gregg Troy. She hit the ground running and was named the SEC Female Swimmer of the Week four times within her first season. She won two individual SEC Conference titles (200yd backstroke and 400yd IM) and also swam the 500yd freestyle and 800yd freestyle relay. Her success continued into her sophomore year, when she was named the SEC Female Swimmer of the Year and captured her first individual NCAA title in the 200yd backstroke. She also placed third in the 400yd IM and swam on the 800yd freestyle and 400yd medley relays.
As a junior, Beisel secured yet another NCAA title in the 400yd IM, and also placed 3rd and 5th in the 200yd backstroke and 200yd IM, respectively. She also swam on the 400yd freestyle relay and earned a total of five All-America honors at the 2013 meet. After placing second in the 400 IM and fifth in the 200 backstroke at her final NCAA meet, she graduated with a degree in communications.

In 2011, she won gold at the World Championships in the 400 IM and also finished fifth in the 200 backstroke.

At her second Olympic Games, Beisel qualified for the same two events as four years prior. This time with more age and experience under her belt, she made it on to the podium. Her best finish came in 400 meter IM with a silver and she added a bronze in 200 backstroke.

In Barcelona, Beisel finished third in the world in 400 meter IM and 12th in the half distance.

After graduating from the University of Florida, Beisel decided to turn pro and became a member of Team Speedo. With two years to go until the Rio Olympics, she decided to stay in Florida to train under Gregg Troy.

In the winter before the Kazan World Championships, Beisel suffered a groin strain, which hindered her preparations for her 5th Worlds. Her highest finish was 12th in the 400 meter IM and 13th in 200 meter backstroke.