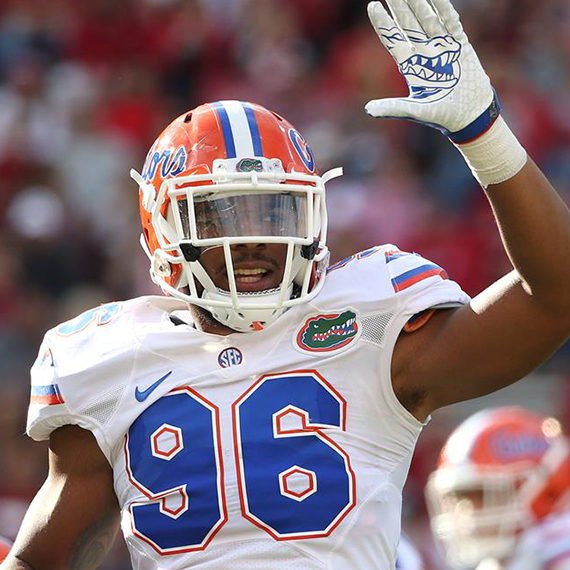 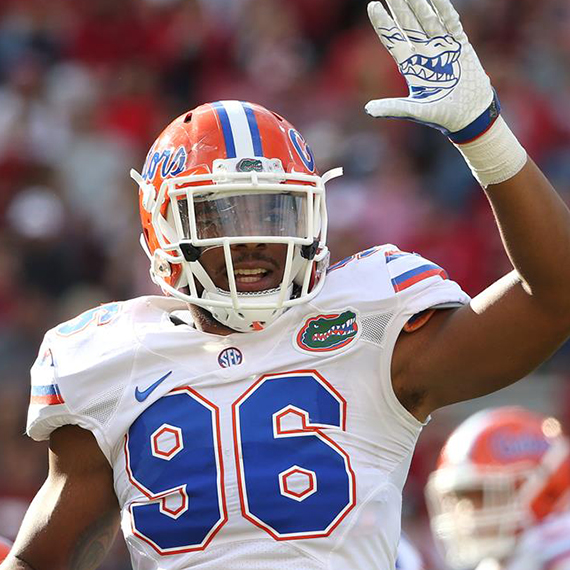 2017: Played in all 11 games and recorded eight starts at defensive end… Totaled 47 tackles, which ranked fourth on the team…Led the team in tackles-for-loss (13.5 for 38 yards) and sacks (4.5 for 14 yards)… Totaled a career-best nine tackles against Florida State (Nov. 25)… Earned SEC Defensive Player of the Week honors after he registered a career-best 1.5 sacks against Kentucky… Also recorded one pass breakup and six quarterback hurries, which ranked second on the team… 2016: Played in 12 games and started six… Missed Florida’s South Carolina due to an injury… Totaled 30 tackles, 6.5 tackles-for-loss, 1.5 sacks and five quarterback hurries… Notched a season-high five tackles and two quarterback hurries against Missouri… Recorded three solo tackles, including one tackle-for-loss against Iowa in the Outback Bowl… 2015: Appeared in all 14 games, starting in four of them… Named to the SEC Coaches All-Freshman team…Named to the PFF All-Freshman Second Team…Tied for third on the team with 3.5 sacks.